Something in the Water

South Island Tour is knocking on the door. TOMORROW!! Im superexcited, packed my backpack and other two bags, ready for tramping in the snow, cycling in the rain and canoeing in the storm, climbing up the world's steepest street, seeing glaciers, penguins, doing bungy jump... What else could I prepare for anymore!? Im ready and couldn't be more. But actually I'm not so excited coz I've been a bit sick and still am. I guess it's gonna be tireding but enjoyable trip. Before I leave I just wanted to share something with you. Here's a cute little song from this lovely kiwi artist called Brooke Fraser. The song is played all aroun and it's 'like melody in my head that i can't get out'! Song is called Something in the water. And I agree, there probably sometimes IS something in the water...
Enjoy your autumn days back there I reallyreally hope you get some snow soon. TAKE CARE!

See how I'll leave with every piece of you

I don't feel happy every second here. I don't feel happy every minute nor every hour; there are days when I feel down and just want to go to my bed﻿ and lay under the blankets away from the bad world, away from this different culture which is not mine yet, away from the rainy and windy weather, away from biking to school because everything always goes wrong with that, away from the people who don't always understand what I'm saying, away from having to look happy all the time, away from all the challenges the life puts on my way and I have to survive from. I don't call this homesickness because it's not that. It's something else: it's a feeling something's missing in my life. A feeling that this isn't where I belong to. A feeling when you're empty and feel nothing at all. 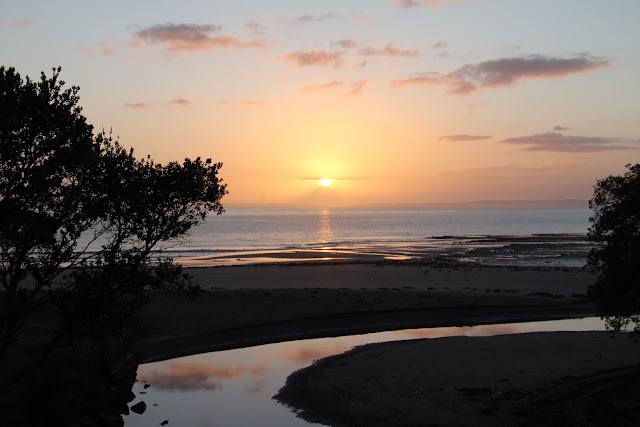 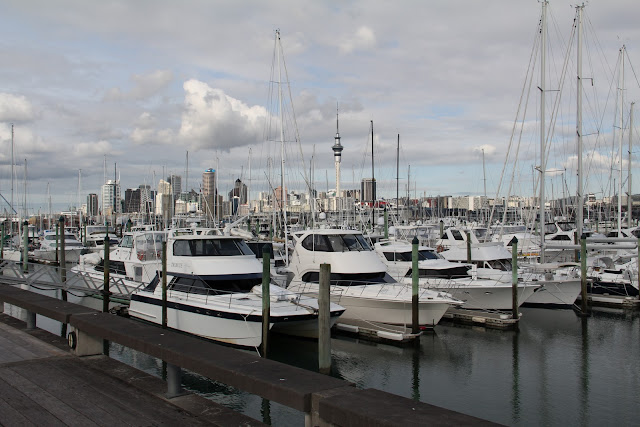 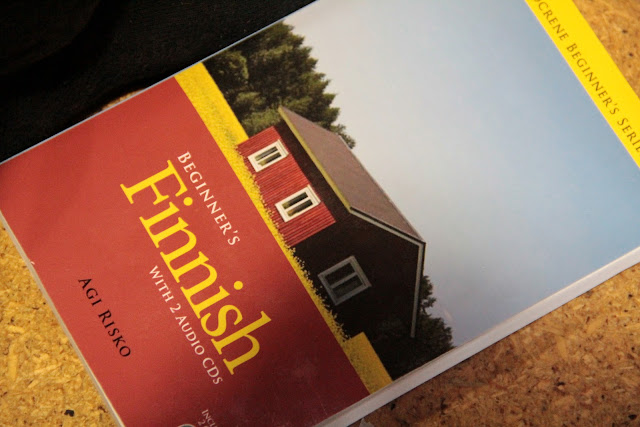 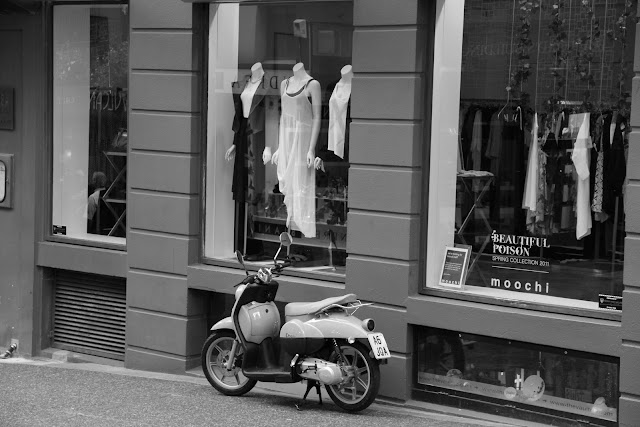 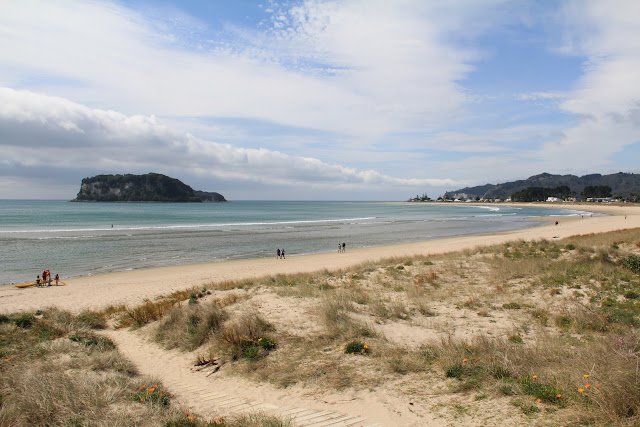 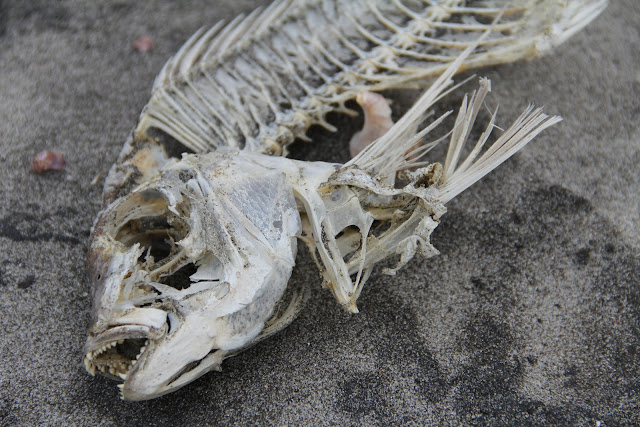 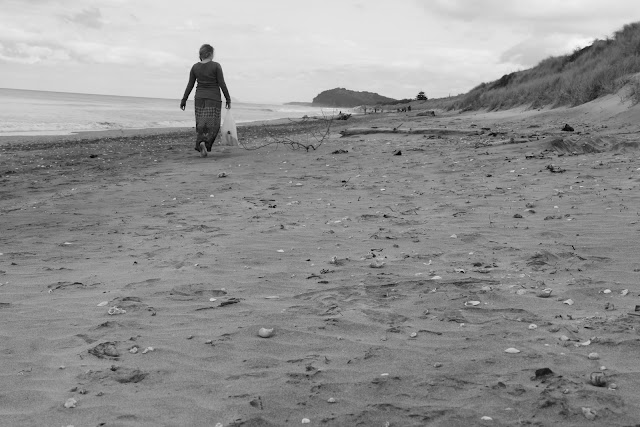 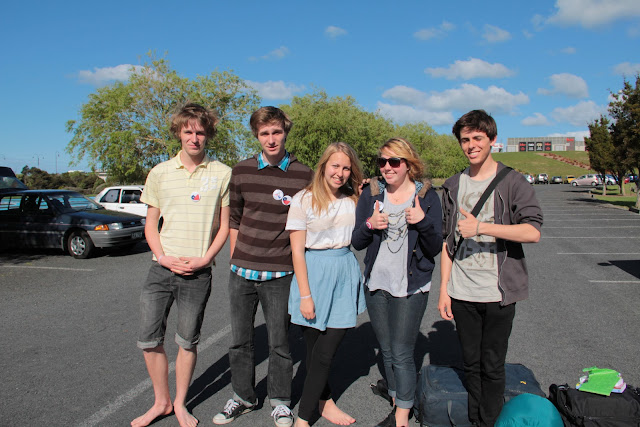 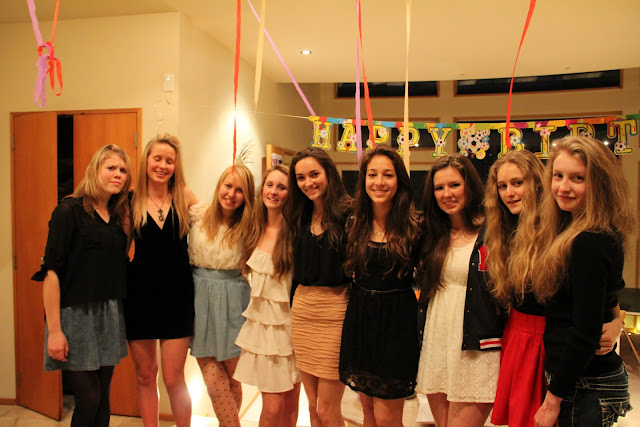 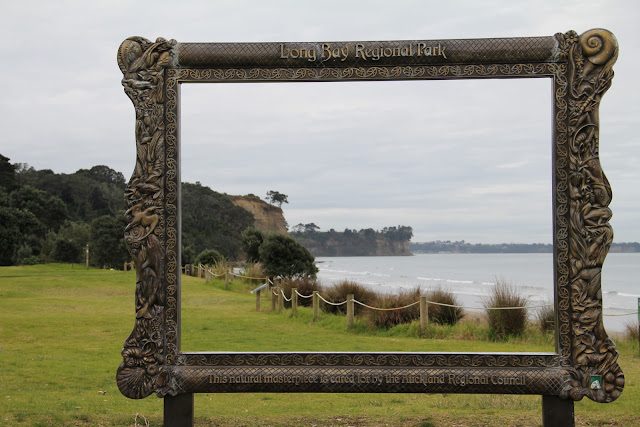 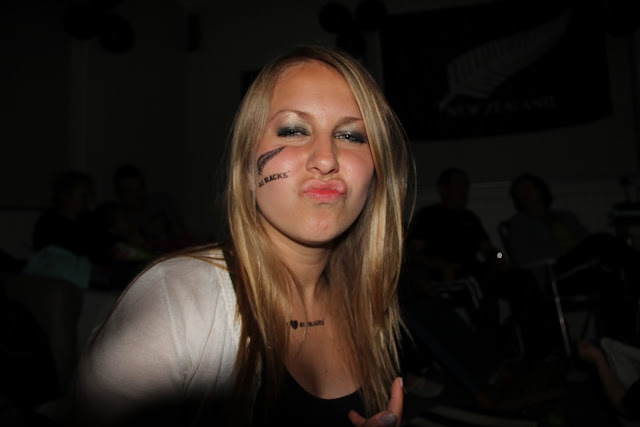 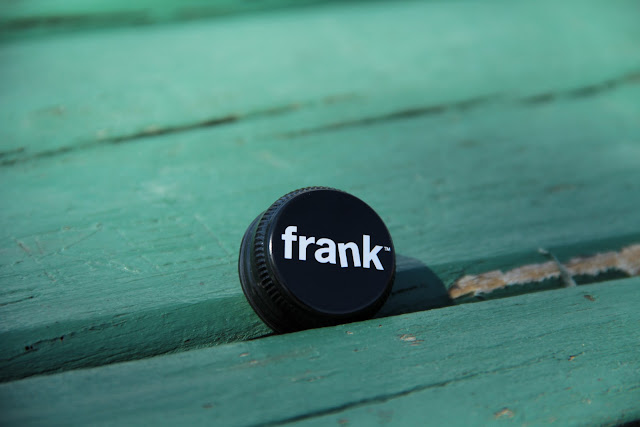 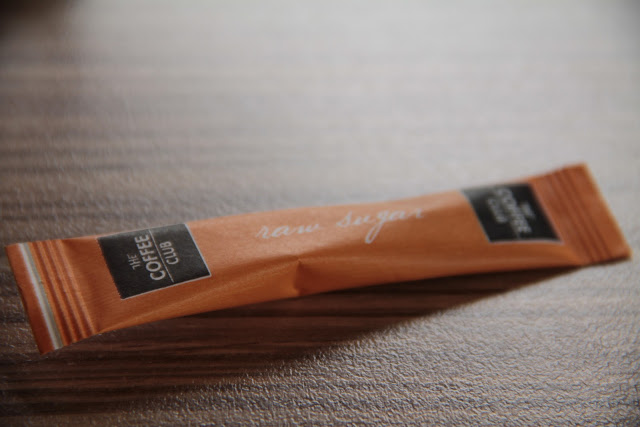 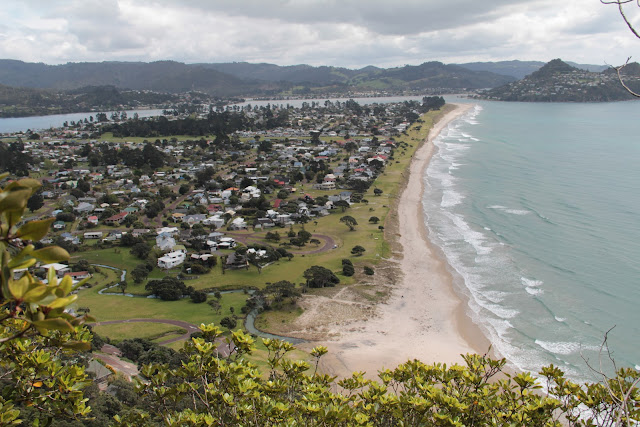 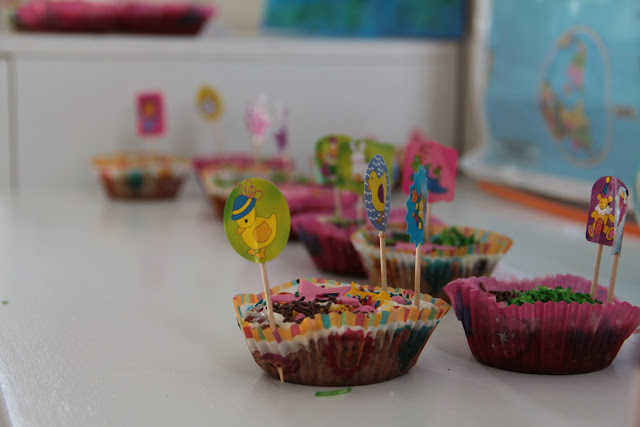 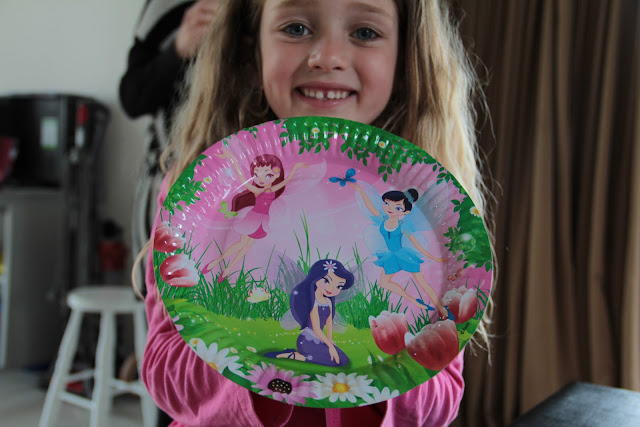 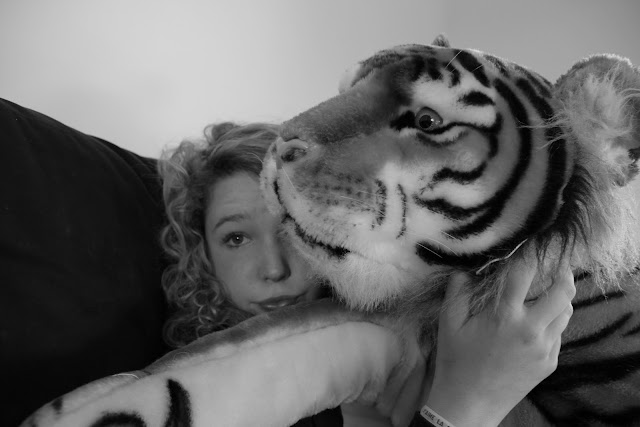 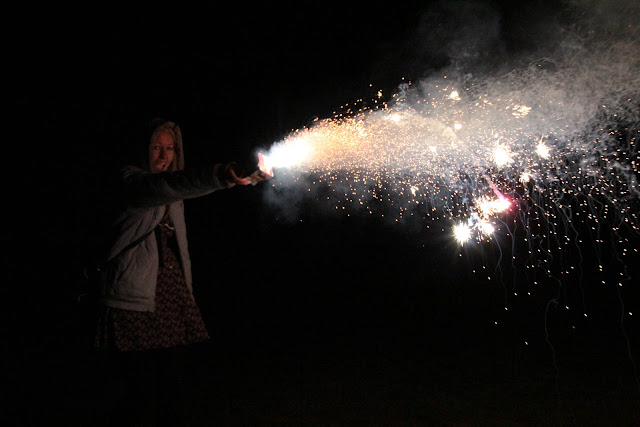 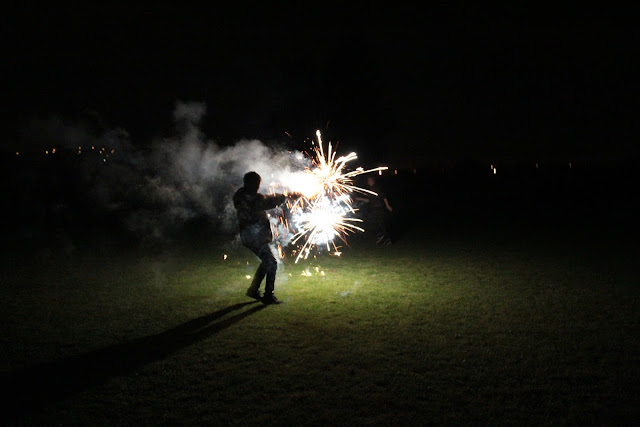 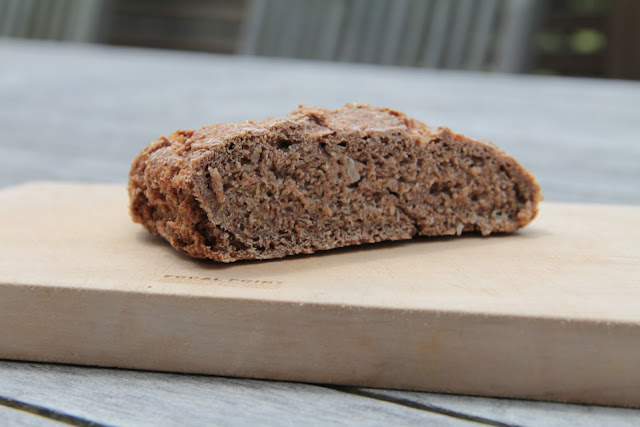 
WOW. I've been extremely busy during the last month so I haven't been writing here. But that's only a good thing that I've been busy aye! And again I've had problems loading some photos here so.. But  I've now been back to school after the 2-week-holiday we had. Feels sooo weird. Especially because on the holiday i was lying on Waihi beach tanning and thinking absolutely nothing as I listened the sound of ocean.... Well anyway, my friends are not at school because they are having a study leave for their bigbig exams called Cambridge Exams. They are about same as our matriculation examination eli yo-kirjotukset! So at school there are the kids and I: I'm supposed to be hanging out with the year tens (born 1996-1997.....) for the next two weeks left before my South Island trip of 17 days. Hmm, it's allright and they're nice :) No worries! :) BUT the best thing is that i can  be few days a week in the primary school helping the teachers so I am privileged to spend time with those lovely little kiwi kids <3 they just love me.

﻿
The first weekend of my holiday (= like ages ago cause i haven't been posting here for ages!!) I drove down from Auckland with B & G to a place called Matamata via many very pretty little towns. Matamata is a lovely small countrytown and it appeals many tourists because the place where the Lord of the Rings was filmed and where the Hobbits' houses are located is close to the town. Well, I didn't get to Hobbiton because it was closed. BECAUSE THEY ARE FILMING THERE THE LAST MOVIE! YEHAA. But unfortunately I didn't see even a quick glimpse of Orlando Bloom.. ;) but we went to a farm show which was fun :)

The first week of the holidays I was chillin' at home and we threw a surprise party for Lana with my friends. The next weekend I headed to north to Whangarei for a Marae weekend which was a Maori cultural weekend for us exchange students. We had heaps of fun of course and we learned a lot including the Haka, the war dance which the All Blacks always perform before every rugby game. Can't wait to see all those guys again in South Island ;)

﻿﻿﻿﻿﻿﻿﻿﻿﻿﻿﻿﻿﻿ ﻿﻿﻿﻿
﻿﻿﻿﻿﻿﻿﻿﻿﻿﻿﻿﻿Right after Marae me and Agathe mon petit from France (<3) were invited to Pauanui with few rotarians. We spent there 5 days sleeping in a caravan, being scared of all the cockroaches la cucaracha la cucaracha... ;) there might be, kayaking, rock and mountain climbing, bushwalking, kayaking, swimming, minigolfing, doing yoga, eating, eating, eating, watching nz movies, celebrating a 6th birthday, decorating cupcakes, treasure hunting, seeing old mining caves creepy!, sleeping in the car and taking heaps of photos again. From that lovely village of Pauanui full of amazing holiday homes we drove a bit to the south to a place called Waihi Beach.

﻿﻿ ﻿﻿﻿﻿
At Waihi I ATE SOME RYE BREAD and it was amazing they found it for me from a market and we collected some shells, tanned, swam, watched first part of th Lord of the Rings, ate kiwi food including actually my first pavlova, decorated the house with Black things for the RWC final and finally had a party for the Rugby World Cup final on Sunday. The game, NZ-France, was extremely exciting and my heart was beating so loud and i was praying NZ to win and yesshh, they did 8-7!!! The whole nation needed a bit to cheer up because all of this bad things that have happend ( the earthquake in Christchurch earlier this year and now the oil catastroph in Tauranga ) so there it came. I am a bit sad I couldn't be in Auckland at the same time to celebrate there with thousands of people... But it was good watching it from TV and seeing all the important moments. The celebration continued till Monday which was a public holiday, The Labour Day. It's good to live here with this happy nation, it would be miserable if we had lost the cup we were hosting. WE ARE THE RUGBY WORLD CUP CHAMPIONS 2011!!!!!
﻿﻿

﻿﻿ ﻿﻿
Yesterday was Guy Fawkes Day and that's the day when we're allowed to haev fireworks! So for me it was like New Year's Eve :D anyway we had heaps of fun with friends, shooting fireworks in the midnight in an empty park ;)

I'm so sorry I don't have so many pictures again but, I'll get you more later when I have time :) okay?
So, have a good time you guys in Finland hopefully you get some snow there soon! :) And thanks for the bubbling and lovely letters love u x x

﻿﻿
P.S. some kiwi vocabulary for you to help reading i hope my kiwi mates dont read this and notice my possible mistakes in my lovely explanations of these words x)

kiwi = newzealander ( but also a bird )
pavlova = sweet merengue dessert, very kiwi thing and it's not from Australia it's from NZ!
heaps of = lots of
Maoris = indigenous people of New Zealand
Marae = meeting house of Maoris
Haka = maori war dance, performed also by All Blacks before every game
All Blacks = New Zealand's national rugby team
The Labour Day = public holiday, like our Mayday/1st of the May = The Workers' day!
Bush = the nature you see all around you the thing we would call forest in Finland, forest here is more a commercial thing, planted trees etc.
Bush walk = tramping in bush!
Posted by Lotta at 8:07 pm 7 comments:

sitting in The Car which was actually very exclusively comfortable
watching rugby from the tv
listening to my Finnish music, haha ive got some swedish gospel actually too now ;)
taking a bush walk, which was supposed to be one hour and ended up to be two hours, location: Tongariro National Park
visiting waterfalls; Taranaki and Huka falls
taking HEAPS of cool photos at least I think they're cool
falling in love again and again with the countryside

not being able to stop wondering how the mountains look so pretty and why we don't have those in Finland.......

P.S. you won't get any pictures of the totally weird and cool mud pools now argh because technology doesn't obey me now....!! I'm sorry about all the editing of this page.....
But like always, everything good ends and we had to leave Taupo and come back to the city. We had to come back to this place which surrounded by all of these houses. I look out of the window and see houses and houses. And a bit more houses. And a bit of field.

My home is back in Sunset Road again, just to let you guys know if you already didn't. I moved back to my counsellor because my host family had a situation where they had to move their house too and we decided it's better like this. It is. I'm enjoying my life at the moment though sometimes I do feel a bit down and I just gotta deal with that that my feelings go up and down all the time.

The holidays started on Thursday. I'm loving it, two weeks off. Just spent a weekend 300 km south from Auckland, in the heart of the North Island.
Destination was Matamata. 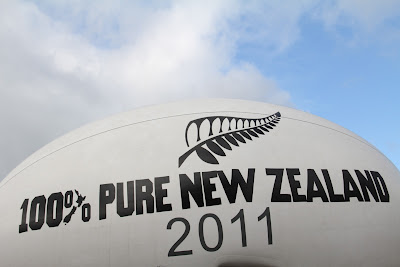 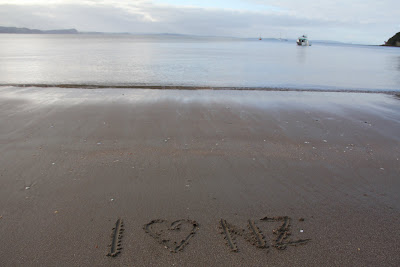 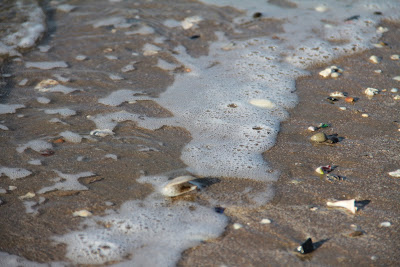 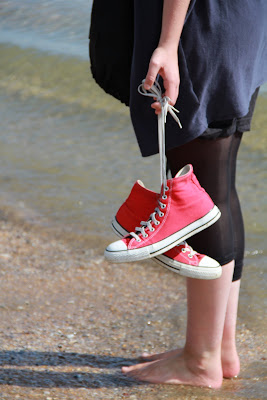 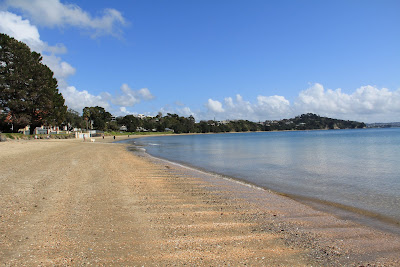